As late summer progresses so-called late-season defoliators are beginning to become visible in Vermont woods. Two such insects are maple leaf cutter and maple trumpet skeletonizer. The first report of damage from maple leaf cutter was in 1911 when this insect was responsible for defoliating 25 acres of sugarbush. Maple leafcutter larvae cut about a ½" diameter round hole in sugar maple leaves. The feeding begins as leave mining then takes place under the protection of a disk of leaf material. As the larvae molts it moves to a fresh section of leaf uses a larger and larger disk. Mortality of overstory trees is rarely associated with this insect but occasionally understory maples could die as a result of the severe injury. Maple trumpet skeletonizer is found primarily on sugar and red maples. Their larval stage feeds on the underside of leaves, between two major veins. As the larvae grow they form a long, dark tube of its own waste or frass, inside a slightly folded leaf. By the time the leaf damage has become widely visible trees will have produced a majority of their energy for the summer and upcoming winter and while unsightly, these two native insects are not responsible for significant impact to the host trees health and vigor. 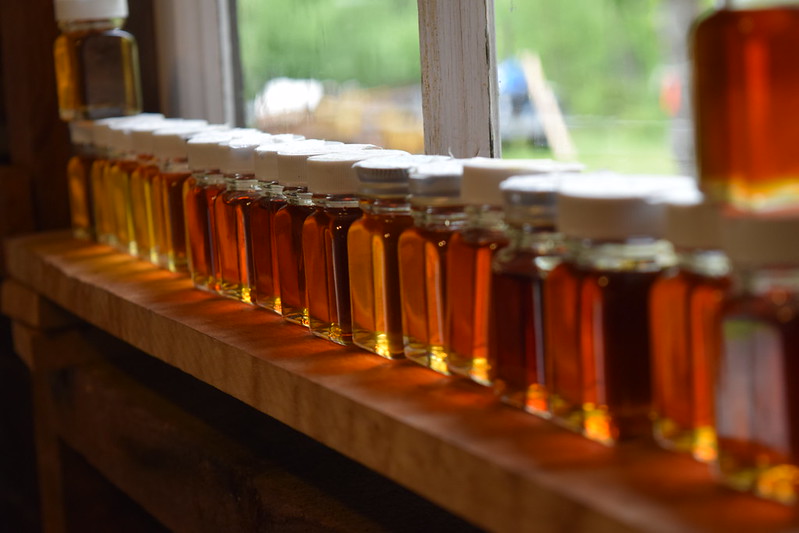