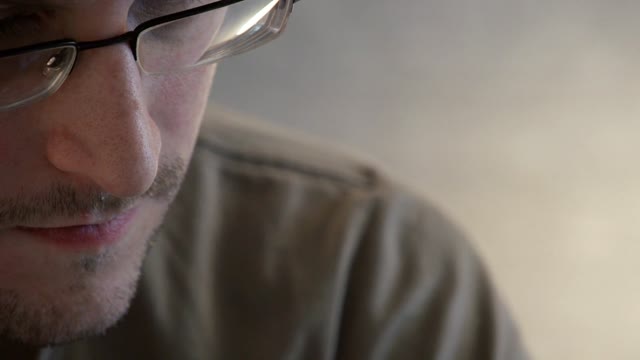 You must login to your account to view this media.

1 likes for this video.

Below is a transcript of Greenwald's comments in Portuguese.
Section 1 @ 1:21:24
"The US Spied on Millions of Brazilian Emails and Phone Calls"
I'd like to show you the new document now.
You'll see it much more clearly.
This map shows the cables they use to collect the data for PRISM.
Here it shows how much they are collecting.
The thicker the line, the more they're collecting.
You can see these lines,
the cables, are quite thick in the south of Brazil
and up north in the Sea of Brazil.
So they're collecting a lot through the PRISM program,
which I think is very important because PRISM is Facebook,
Skype, YouTube, Yahoo, Hotmail.
And it shows a lot is being stolen from Brazil.
But we don't know how much the Brazilian government knows,
or whether it's collaborating with Brazilian companies.
But we're going to know, I believe.
One day we will know everything.
Or almost everything.
Yes.

Section 2 @ 1:26:45
The floor is yours, for the time that you deem necessary.
Thank you and hello.
First of all, Americans' justification for everything
since the September 11 attacks
is terrorism.
Everything is in the name
of national security,
to protect our population.
In reality, it's the opposite.
A lot of the documents
have nothing to do with
terrorism or national security,
but with competition between countries,
and with companies' industrial,
financial, or economic issues.
When we first started
publishing articles,
the US government's defense
was that it was not invading
the content of communications,
just taking the metadata.
That means the names
of the people talking,
who is calling whom, call durations.
But if I know all the people
you are communicating with,
and everyone
they are communicating with,
where you are
when you are communicating,
the call duration and the location,
then I can learn a lot
about your personality,
your activity, and your life.
This is a major invasion of privacy.
In reality, that defense
is totally false.
The US government has the ability
to get not only metadata,
but the actual content of your emails
or what you say on the phone,
the words you type into Google searches,
the websites you visit,
the documents you send to colleagues.
This system can track nearly everything
that every individual is doing online.
So if you're a journalist investigating
the American government,
if you work for a company
with American competitors,
or if you work in human rights
involving the American government,
or any other field,
they can very easily
intercept your communication.
If you're an American living in the US,
they have to seek permission
from a court,
but they always get it.
But if you're not American,
they don't need anything,
no special permission at all.
I think the consequences of eliminating
privacy are difficult to predict,
but we must understand that this
will have an enormous impact.
The population's ability
to have demonstrations
or to organize is greatly reduced
when people don't have privacy

No suggestions could be made.